Home Education Why is it Called ‘Pot’? Is There a Cooking Pot Involved or... 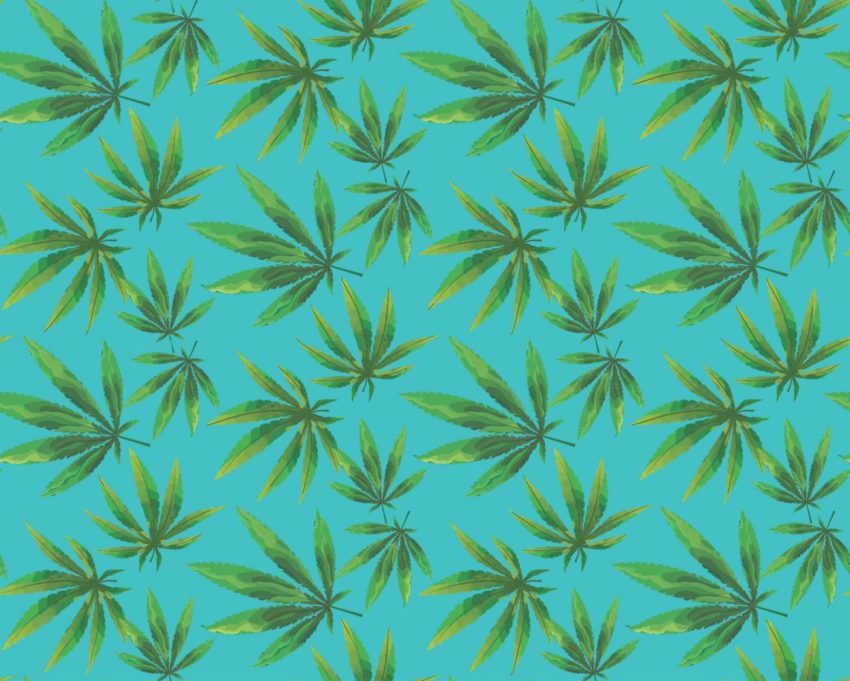 I believe that many have been curious about the origin of the word cannabis and some of its synonyms. Therefore this is the article that can shed some light on it. Naturally, there is an excellent number of slang terms for such a popular narcotic and even though some of them find roots in the plant’s etymology, there are a few others of a different origin.

It’s been almost a century since this plant is illegal. However, things have started moving towards the plant’s legalization in the past few years, for medical purposes among other things, and along with it, people want to find out some more information on the distorted and strange history of cannabis – related terms. We would need to explore the history of these words and phrases to find some answers. Or to be more scholarly – we need to consult their etymology.

Many words related to cannabis, like ‘marijuana’, ‘dope’ and ‘pot’ don’t have such a bright history in terms of their original meaning. This is the case with many words in English, and words with negative connotations tend to it. For example, ‘dope’ is an archaic term for ‘moron’ or ‘idiot’ and since it has been established that cannabis makes you feel disoriented and dumb, the semantic relation is obvious. However, ‘dope’ has become more of a positive word in the last 30 years or so.

When it comes to the term ‘pot’ it is more complicated to find its origin. It has nothing to do with cooking and according to the Oxford English Dictionary is derived from the Latin phrase ‘potación de guayaya’ which means ‘drink or grief’ and because Mexicans traditionally prepare this beverage by soaking cannabis buds in wine, it admittedly sounds promising.

One of the favorite terms that is almost entirely expelled from the scientific circles and cannabis admirers’ use is ‘marijuana’. Surely, the time ‘marijuana’ is better known than the word ‘cannabis’ but there is a reason why the more accessible has been dropped. It’s been almost a century of non-stop propaganda that people have been fed with connected to cannabis and the consequence is that the majority is in the dark when it comes to the word’s origin, hence the etymology of the term ‘marijuana’ is better known.

Strangely enough, the word marijuana hadn’t even existed before 1910 and NPR confirmed it. The word everybody had used before was cannabis. The only thing that was the same was the fact that smoking cannabis was not permitted, in spite of the wide usage of industrial hemp and cannabis tinctures. Meanwhile, the ongoing civil war in Mexico pushed many of its citizens into the U.S. and around a million people crossed the American border. That caused despise among the American people towards these Mexicans and along with it, they hated the fact they smoked cannabis. All these things resulted in the term ‘marijuana’ which was created by some bigoted American politicians and the alleged meaning was supposed to be ‘loco weed’. The result was the propaganda film called Reefer Madness in the late 1930’s, which led to growing hatred and permanent banishment of the cannabis plant.

Because of its illegal status over the past 80 years, the controversial cannabis plant has taken on several names. But where did these marijuana slang terms come from?

On sailing ships, the act of reefing a sail reduces the sail’s area by folding or rolling one edge of the canvas in on itself; a “reefer” is the sailor who rolls it. A reefed sail resembles a joint. But there’s also evidence that the Spanish slang word Grifo had some influence on the rise of the word “reefer”. Grifo has a few different meanings, including “curly-haired”, “tap” and “spigot”.

It’s the most common term for cannabis—and pretty much everyone believes it means “maryjane” in Spanish, with roots in Old Mexico. But not so fast. Many etymologists believe the origins of “marijuana” spring from Chinses: ma ren Hua means “hemp seed flower”. There’s also speculation that the word is derived from Hebrew and Arabic languages; marjoram, the aromatic spice, could be related to the word, as well as “mejorana”, a Spanish word for marjoram. History suggests that anti-cannabis politicians and bureaucrats latched on to “marijuana”. To that end, cannabis was criminalized in 1937 via the Marijuana Tax Act of 1937.

How did pot come to be known as “pot”? Its etymological roots aren’t hard to trace. Potación de guaya, a Spanish term, is wine or brandy in which cannabis leaves or buds have been steeped. It means “drink of grief”. The concoction predates cannabis prohibition, giving credence to the fact that the plant has been used traditionally as medicine for eons. Over the years, its name contracted to “potiguaya”. Then in the 1930’s, it was shortened to “pot”, further fueling the racializing of cannabis use.

Not widely used any longer as a term for cannabis, primarily because it’s also a collective term for heroin. “Dope”, in fact, has been commonly used to describe drugs en masse. Illegal drugs like meth, opium, cocaine, cannabis and heroin have all been placed under the “dope” umbrella. The word springs from the Dutch phrase doop, which means a thick sauce. It wasn’t too far a leap to call a thickheaded individual a doop. It gained popularity as a drug-oriented term in the late 1800’s, a word to describe the act of smoking a semi-liquid opium preparation.

Ganja is completely attached to Jamaica, but the word’s roots are from the Hindi term for cannabis—ganja. But how did the term travel to Jamaica? In 1833, Britain outlawed slavery, but it still needed laborers for its large plantations in the Caribbean. The British Empire shipped 40,000 indentured laborers from India to Jamaica between 1845 and 1917. As Indian and Jamaican cultures merged, “ganja” became the collective term for the cannabis that the field workers smoked. Today, smoking ganja is a central component of the Rastafarian religion.

During the 1960’s and 1970’s, the term “grass” was in vogue. It seems quaint now, a word that hearkens back to the days of hippies and flower power. Widespread use of the term was no doubt fueled by its appearance. Most of the cannabis available then was green and of lesser quality, often resembling lawn clippings. But it’s important to know that marijuana is mentioned in the Hindu sacred text Atharvaveda (Science of Charms) as “sacred grass”, one of the five sacred plants of India. Sacred grass is used both medicinally and ritually as an offering to Shiva.

Unfortunately, this innocent-sounding word carries some serious baggage. Chiva is Spanish slang for heroin. Literally, it can mean “beard’ or a “young female goat”. But on the streets of the inner city, “cheeba” became the name for black tar heroin. Perhaps, “cheeba” gained popularity as cannabis slang as growers upped the quality of their product and buds became stick and gooier.

This one’s a puzzler because mota in Spanish means a tiny bit or a speck of dust. Spaniards in the 18th century referred to the fuzz residue left behind from making linen as “mota”. How mota became a widely used term for cannabis by the late 1800’s is a mystery. Regardless, a mota smoker can be called a “moto” or “motorolo”.

“Pushing tea” is slang for pot dealing. Tea, of course, is the pot itself. Why “tea?” Once again, cannabis has long used for poultices and medicinal beverages in folk medicine. The plant is steeped in hot water, just like tea—ergo this archaic term, which was coined in the 1930’s.