Home I wanna get high Smoking Weed in Public Without Being Noticed – The Ultimate Guide for...

First, not all people have the same view of weed as you do and some are even very much against it. A lot of people still have a lot of wrong information about cannabis which gives them all sorts of preconceptions. Some other people think that by smoking weed with your buddies you are a bad influence on their kids. And ultimately some people just dislike the smell.

All in all, smoking weed in a public is a big risk unless you are in Jamaica on some sandy beach and you are surrounded by Rastafarians who appreciate a good smoke. It doesn’t matter if it’s the police busting stoners in the park or just some of those anti-weed people, what you want it to not get caught in the act. Luckily there are some tricks you can use so you can smoke in public safely or at least to reduce the risk of being found out.

In most cases, you could always go with edibles, which is a very simple solution to public use of cannabis, but some people just like the act of smoking. A vape pen is a very good choice for those people, and it’s pretty effective if you want to be discrete and not attract attention. What makes them great is that has oil vapor definitely doesn’t have as strong of a smell as smoke does.

Not this is all true unless you are using something like a huge dab that uses a mechanism like a dab rig. In addition, vapor disappears a lot quicker than smoke and doesn’t have that standard cannabis smell. In recent times it looks like pretty much everyone vapes however you look at it, which means that you definitely will not attract attention or stand out.

In most cases, it’s the act of smoking that attracts attention but the smell. And that smell can stay a lot longer the smoke itself. If you are smoking in a small area a fan is the right way to go, if you get one with a carbon filter, it will filter the air while getting rid of the smell.

Other ways of doing are one of these commercial products like Ona Gel, but they are not as effective as a standard fan with filters. But of course you can find yourself in an emergency and in those situations you could try using air fresheners, but don’t overdo it since that can be suspicious too.

Smoking next to cigarette smokers

Unless you’re smoking some really strong weed then doing this is a great way to hide the smell of weed. Cigarette smoke is pretty strong and hides the smell of weed. If you’re and about just look for places where there are a lot of smokers, like bars or restaurants.

Not smoking in the car

Smoking weed in your car is a horrible idea since it’s a place the police would take a look first, and in general, most weed smokers get busted in their cars. Another reason is that the smell of weed can stay in a card for quite a long time.

Don’t smoke in front of other people

Hiding your blunt in a cup

Holding a cup in your hand is definitely not something that would arouse suspicion. For this, to work you need a cup and a straw, but the blunt at the bottom of the cup and put a lid on it, now you can inhale the smoke through the straw. This won’t hide the smell but it’s a nice little trick.

Just like smoke can stay in carpets, furniture or your car it can also stay in your hair or clothes. You don’t want people to be able to smell weed on you without the blunt in hand. So make sure you wear clean clothes and take showers regularly. 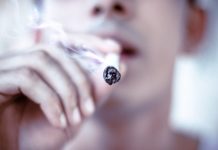 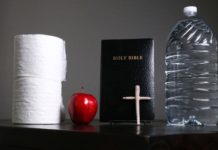 What are the Best Hacks When There is Not Rolling Paper? Learn How to Improvise in 2022