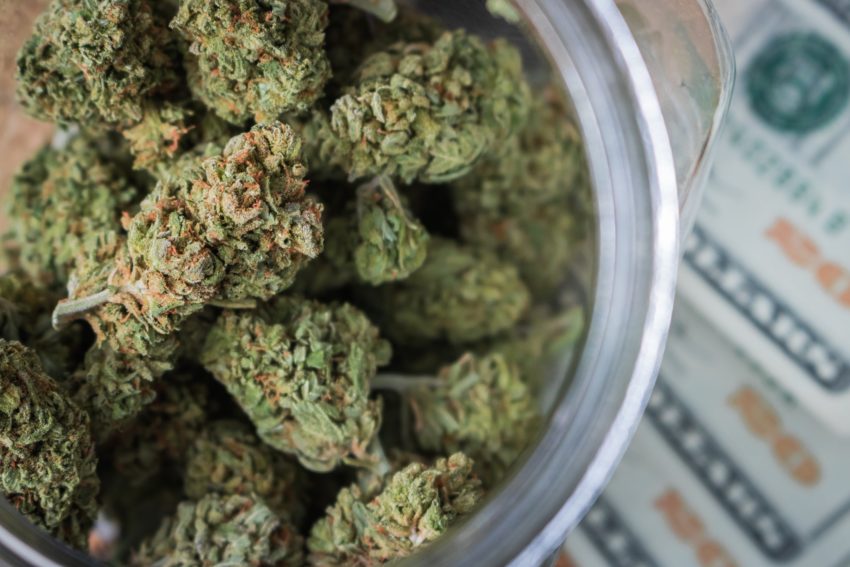 As a grower, the most important aspect of a certain strain is its yield. The amount of weed you are able to get out of a certain marijuana strain is really important. Every experienced grower should know which one to choose and use that one.

However, when it comes to the number of buds you get from a certain type of weed there are many factors to consider. It comes to climate, nutrients used, grow medium, etc. But the genetics of a plant is definitely an important aspect and some would say even the highest.

That is why today we are going to look into cannabis strains with the highest yield.

Critical Kush was created by combining OG Kush and Critical Mass. What came out of it was a marijuana strain known for its sweet, citrus-like flavor. But it is also pretty strong as it packs quite a punch.

If you decide to grow Critical Kush, know that it is best done indoors. It can be done outside but this strain is prone to mold more than others. It actually molds from the inside out rather than the other way around. Nevertheless, it has a really high yield if taken care of properly.

Chronic is a combination of three different cannabis strains. It is created by combing the Northern Lights, AK-47 and Skunk strains. The result is a really beefy plant with lateral limbs. What is good about Chronic is that it is one of the highest yielding strains for both indoors and outdoors.

It is best to produce it in dry climates and like that it can yield up to 600 grams if taken care of properly. You can click here to read more about Chronic strain and its yields. You will also notice that a lot of resinous buds are created with sugary effects.

Northern Lights is a cannabis strain that offers the best of both worlds. Meaning that it has a high yield when grown both outdoors and indoors. It is a hybrid weed with 90% Indica and 10% Sativa.

What is great about the Northern Lights is that it provides both mental and physical relaxation. It can ramp up to 18% of THC, which is pretty good. The flowering time is really fast and it can bloom in some 7 to 9 weeks.

You will recognize it by its sweet, citrusy smell combined with spicy undertones.

Cheese Quake does not only have a fun name it is also a very potent and high-quality strain. It was created by combining Cheese and Querkle. It actually makes it one of the purest hybrids that you will find on the market. It takes the best genetics to come up with a perfect harmony of both physical and cerebral high. The aroma is not at all reminiscent of Cheese. It has a unique smell with fruity undertones.

Cheese Quake is best grown indoors. It actually grows and spreads really fast and should be topped off early as it will keep growing into a busy shape. Growers don’t have to do a lot as it will grow on its own to large proportions. And the best part comes with the amount of yield it produces in the end.

The name White Widows is probably familiar to all growers. But some of them don’t realize that it is additionally one of the highest yielding strains that you will find. It was created in Amsterdam as a combination of landrace strains from Brazil and Southern India. You can read more on the best strains to smoke in 2022 on wheresweed.com.

People who has tried White Widow absolutely enjoy its euphoric effects? But growers are amazed at the high production of buds and resin it provides. It is resistant to mold and pests and it can start to flower in just nine weeks’ time.

Another one on our list is called Purple Trainwreck. It is quite an interesting name for the strains which are originally from California, but the name fits perfectly. When it comes to growing it, the best option is to go outdoors, however, the grow room and an indoor setting can do magic as well.

The best thing about this plant is that the flowering time is just eight weeks, which is a bit shorter than some other strains you can find on the market. The short flowering time is one of the biggest advantages of the purple trainwreck, however, what makes this plant desirable is its resilience.

It is pretty strong and can endure heavier conditions than some other names. Even though it is high-yielding, the overall high is not too exciting, so this one is recommended to people who haven’t smoked weed before and want to try it for the first time. Experienced smokers will not be as thrilled.

And there you have it. Some of the highest-yielding strains are listed here but there are some other plants you can experiment with.