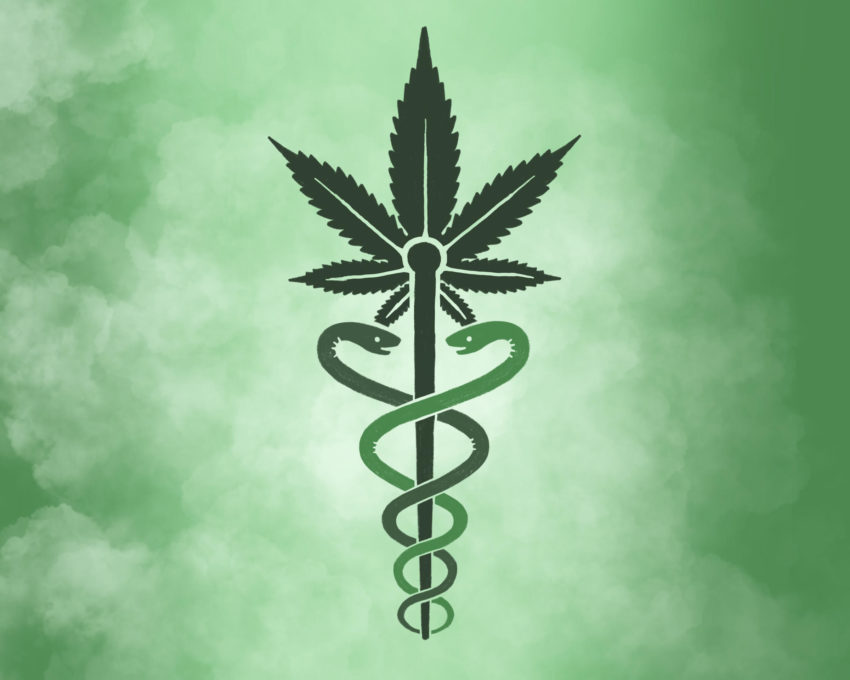 The argument is there for marijuana to be legally consumed for medicinal purposes in all states in the U.S.

Currently, in the U.S., 33 states have passed the Marijuana State Laws, the first one being California in 1996, and the last one being Missouri, Oklahoma, and Utah in 2018.

Each state with a passed marijuana state law has different usage charts, which can be as low as 1 oz in Alaska to anything up to 113 grams in Utah.

During the past decade or so, there has been a ton of research done on the effects of marijuana and how it can help a person. Most of the research has concluded that the best use for medicinal marijuana is for various medical problems including pain, Parkinson’s disease, PTSD, epilepsy, sclerosis, inflammatory bowel, and minor problems such as nausea, vomiting, and loss of appetite, amongst others.

A lot of research is also being done on whether medicinal marijuana can help in the battle with cancer, leukemia, and tumors, as well as, other chronic related problems. Chronic pain is something that marijuana is strongly effective since it has the ability to numb the pain. This makes it a viable option in the opioid epidemic, in a way that there will be fewer related deaths.

You can visit Online Medical Card where you can get access to medical cannabis. The process is quite simple, easy, and you’ll have your medicinal Marijuana card in no time.

A lot of opioid-related deaths are caused by chronic pain. The people can’t cope with it anymore so they overdose to make the pain go away. Unlike opioids, you cannot overdose with medicinal marijuana, and this is just one-way medicinal marijuana can help in each state.

But how much support does this act has in the U.S.? A study published back in 2010 pointed out that nearly 74% of Americans support marijuana for medicinal uses. Both Republicans and Democrats support it, as well as, independent people.

We will try and point out some of the reasons why medicinal marijuana should be standard in all states.

– Since plant-based medicine is an effective solution against seizures, chronic pain, and other diseases and medical problems, it should be an affordable healthcare choice for all Americans.

– Specific strains have been found beneficial in fighting specific conditions such as depression, insomnia, anxiety, ADHD, chronic pain, PTSD, and many more ailments.

– States with a high number of opioid addictions have seen a significant decrease in opioid overdose-related deaths since massing the Marijuana State Law.

– Medicinal marijuana doesn’t pose any threat to the user as it is harmless to consume.

– Medicinal marijuana can greatly help people with cancer-related problems as it can relieve the pain caused by the symptoms of such deadly diseases. There have also been cases where a cancer patient has seen a significant decrease in cancer cells after prolonged usage of medicinal marijuana.

Using CBD To Treat Insomnia, Anxiety and Much More – 2020 Guide

A Complete Beginner’s Guide to CBD Oil Products in 2020

Conditions Eligible for Medical Marijuana in New York in 2020

How to Find Cannabis Seeds on Internet – 2020 Guide

Guide to Buying Kratom Online in 2020