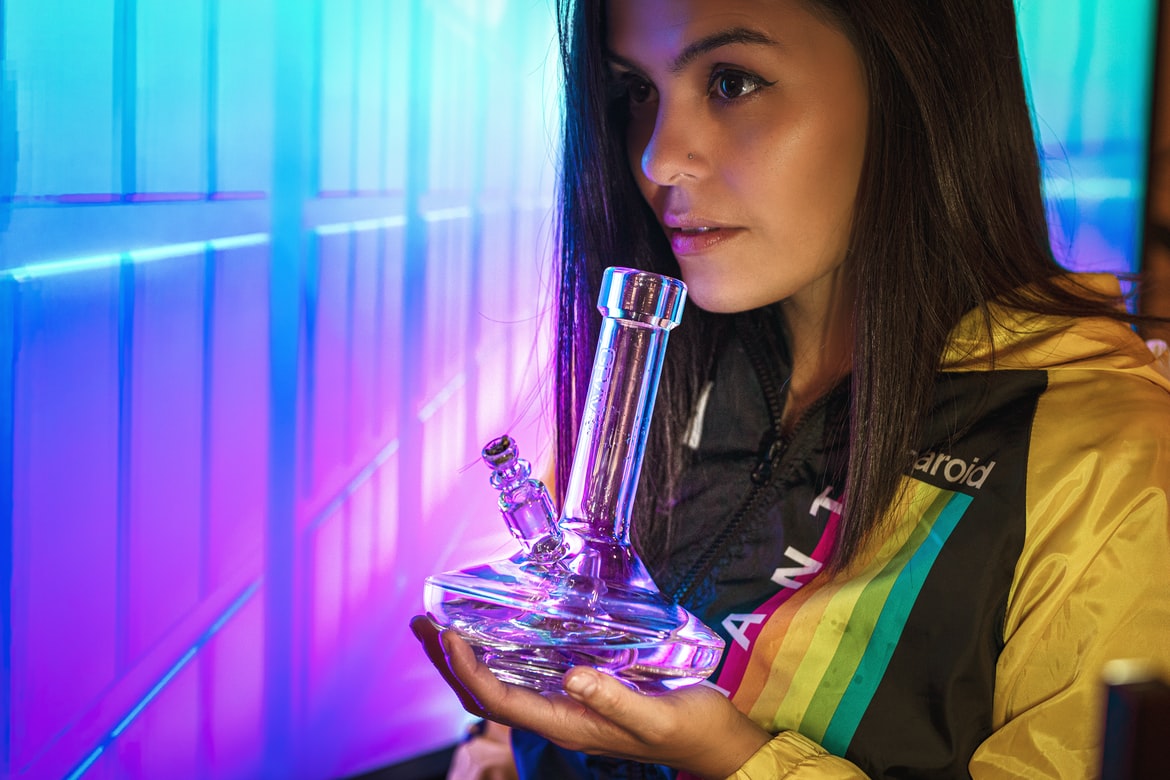 Most cannabis newbies understand rollies, like joints and blunts, and they can get behind the typical pipe, chillum and one-hitter. But, when you don’t have much weed experience, a bong is an intimidating tool. Tall and unwieldy, bongs have so many openings that it can be confusing where to put the pot and where to inhale. Many beginners desperately wonder: Why bother with bongs in the first place?

There are plenty of benefits to using a bong, and this guide can walk you through bong basics before your first water pipe hit.

A bong is a strange-looking contraption, with the mouthpiece at the top, water at the bottom and a removable bowl full of weed leading straight down. It isn’t intuitive to use; your first bong rip should be guided by a more experienced stoner who can show you exactly what to do. Still, the bong is a favorite tool of plenty of stoners, and it has been for centuries.

There are three main reasons that stoners might choose to smoke from a water pipe over other smokeable options:

Combustion causes smoke, and the heat from smoke irritates the delicate tissues of the throat and lungs. Many smokers, even experienced stoners, cough when they inhale because of that uncomfortable and sometimes painful sensation. Bongs force the smoke through water, removing a significant amount of heat. The result is the feeling of smoother smoke, which is easier for all levels of stoner to inhale.

Another problem with combustion is that it tends to create carcinogens. Though cannabis is dramatically safer than tobacco, the combustion can still cause problems for stoners who don’t use any type of filtration on their smokables. While it is possible to add a filter to joints and blunts, many stoners believe the water of a bong is a more effective filter, holding onto more ash and tar for a cleaner hit.

The bigger the bong, the bigger the hit — theoretically. To use a bong, you pull smoke into the chamber before removing the bowl and inhaling; though you have complete control over the amount of smoke you pull into the chamber, if you use a larger bong, you could create a hit as large as your entire lung capacity. It only takes a few rips from a good-sized bong to get you thoroughly stoned, which is why more experienced stoners tend to have at least one bong lying about.

While according to Badass Glass, most beginner bongs are functionally the same, there are important practical and aesthetic differences you should consider when you are investing in your first water pipe. Most importantly, you want a bong you feel comfortable using. Many first-time bong users feel uncomfortable with pipes that are especially large, while others might not like the feel of silicone or ceramic. If a piece makes you feel uncomfortable to use for any reason, you probably won’t take it off your shelf, and it will be a waste of your weed budget that would have been better spent at a Los Angeles dispensary as suggested by WeedMaps.com.

Because bongs are bigger than your typical pipe, they tend to linger as a centerpiece on stoner tables. Unless you can commit to packing away your piece after every 420, you almost definitely want a piece that you like to look at. Fortunately, many bongs are veritable works of art. Some of our favorite stylish water pipes include:

Most enthusiastic cannabis consumers eventually become bong-curious. Water pipes aren’t every stoner’s preferred method of weed use, but having a bong on hand might be advantageous for those times you want to get incredibly high with quickness and ease.

Various components of a Bong

A bong is usually composed of a few different components. These components include a bong bowl, where you can place your dried herb and later light the same up to produce smoke and dramatic effects. The smoke produced travels down the stemless, a tube that is attached permanently to the main body, and then to the next part of the bong, called the downstem. Next in line is the downstem, which is a connecting tube that extends to the interior of the apparatus and down to the water bowl, where you would fill up water or any other liquid of your preference.

After the water bowl, an additional piece is present in some of the modern updated designs, known as the percolator, which actually helps in the further cooling down of the smoke and enhances the pleasure of the users. These percolators can also be added additionally, or removed from the bongs, depending upon the usage preferences of the users. The smoke so produced now travels upwards, where it meets another additional customizable setup, called the ice pinch. Ice pinch has a small window where the users can put in the ice to make the rising smokes cooler and thus make it much more enjoyable.

The smoke now rises upwards and reaches the neck of the bong, where it meets the users. Users inhale this smoke mostly via their mouth and it reaches sown the lungs, providing the users with a feeling of satisfaction. This smoke is rich in moisture and thus, does not burn the throat or the lungs of the users.

Bongs were designed to make smoking a much more pleasurable experience. These also reduce the hazards of smoking to a great extent. The water in the water bowl collects all the harsh impurities from the smoke and only allows the users to take in a much cleaner smoke which is mostly ash-free. This would make your lungs feel much relieved and provide a much smoother, softer smoking experience. Bongs can prove to be of great help for regular smokers, as it reduces the ash and harsh smoke by a considerable amount, and does not hamper the respiratory pathway of the users.

Bongs have been in use for over a thousand years and hopefully will be around for at least a thousand more. These devices were traditionally made up of wood or bamboo and were quite simple. However, now these are made up of a variety of substances, ranging from ceramics to food-grade plastics and glass, and these are now customizable to meet the needs and preferences of the users.

However, no matter how much purified smoke you are inhaling, bongs never eliminate the harmful stuff and hence, are not entirely safe for you or your body. Additionally, burnt weed or cannabis is toxic for the body and it is not advised to use a bong on a regular basis. For medicinal purposes, many other alternatives and forms of cannabis are now available in the market. 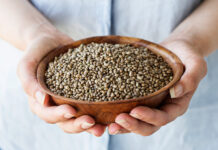 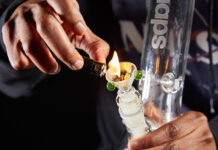 What Material Is Best for Bongs – 2022 Guide 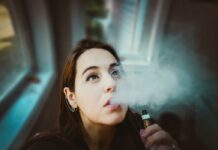 How Can Delta 8 Carts Be Your Ultimate Shield Against Stress?