Home Gadgets How Do Bongs Work? 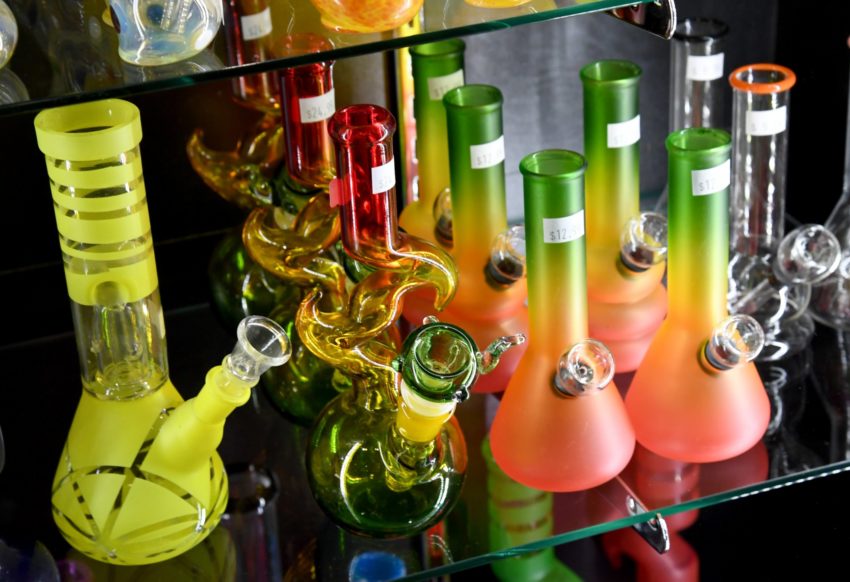 How do bongs work? Are they harmful to our health? Also known as Billys or Bingers, bongs are common devices in the cannabis society. They come in all shapes and sizes, as per an individual’s taste.

Some of us are so close to our bongs, that we’ve given them a personality and name.

The bong is one of the many ways you can consume dry herbs, especially cannabis. It offers a similar experience to smoking joints, but one that is smooth and more enjoyable.

Why Do Bongs Have Water?

Bongs have improved filtering systems that are better than regular joints and blunts.

The main filter in bongs is water that filters harmful substances like tar and ash.

But did you know that bongs weren’t as fancy as they are nowadays?

The History of Bongs

There was a time when bongs were made of clay, watermelons, bamboo, and even ceramics.

The bong was first spotted in present-day Russia. It was a golden bong that was used by a nomadic warrior clan to consume herbs. This was almost 2,400 years ago when they were just referred to as water pipes.

Somehow (probably via trade), the water pipe found its way into Asia. It was commonly found in Chinese royal households where nobles used to smoke tobacco. It was a good upgrade from snuff bottles and normal pipes.

Over the years, the water pipe was able to find its way back to the west.

Between the 1960s-1970s, ‘the water pipe revolution‘ took place and saw massive improvements to this recreational device. This revolution was greatly influenced by The Hippie Movement. The water pipe evolved and thus, the bong was born.

The General Anatomy of a Bong

This is an external and removable bowl-like piece where we load and burn our herbs to release the chemicals that make us high.

This is the tube that links the bowl to the chamber. It allows the smoke to flow from the bowl and into the water for filtration.

As the name suggests, this is the bottom part of the bong. They come in many shapes and sizes. Some bases are beaker-like to hold water.

This is a small hole that clears smoke from the chamber. The user simply slides or unplugs the lid to release smoke.

This tube connects the chamber to the mouthpiece. Some tubes have ice pinches that make the system more efficient.

How Do Bongs Work? (The Science behind them)

Start by loading and burning your herb in the bowl.

At this point, the sweet filtered smoke can’t leave the chamber because the pressure outside is greater than the pressure inside the bong.

Slowly open the carb and allow air into the chamber to force the smoke out of the bong. Place your mouth on the mouthpiece and slowly inhale.

Types of Bong and how they work

Don’t be surprised. In as much as these bongs might appear complicated, they work using the same principle. The extra bells and whistles are to improve their efficiency

Hold up! Take a look at some of these fine-looking glass bongs at vaprizerchief.com and see which one of these do you like the most. Now, let’s move on by showing some of the common examples of bongs:

It has one Showerhead percolator and recycles smoke for a second diffusion to offer a smoother experience.

It has two percolators: A Honeycomb Percolator and Swiss Percolator for more efficient diffusion.

It has two percolation chambers although the Showerhead percolator is inverted. The Honeycomb is the second percolator.

Why do bongs get you higher?

If you’ve used one of these, then you know exactly what we’re talking about.

Bongs deliver heavier hits than your regular joints because they have massive chambers of filtered smoke that is kinder to your lungs. This allows you to inhale more smoke without having to worry about coughing fits.

Bongs also allow you to smoke pure marijuana without additives that often dilute the effect.

It’s also fun to use one of these and you’re more likely to keep on taking hits until you’ve had your fill.

There you go. What are bongs used for? To consume marijuana and other herbs in a smooth and fun way. And if you are a true marijuana lover, you should have at least one of these at your home.