Home Growing The Truth About Feminized Seeds in 2022 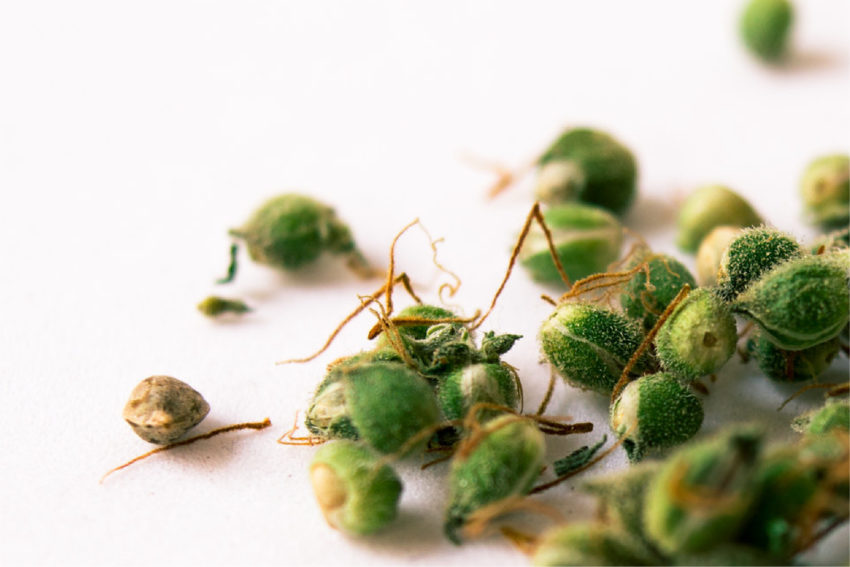 Most people who take a stab at growing ganja have heard of feminized seeds. If you’ve got the notion in your head of cultivating some mind-melting, mouth-watering crops for your own private stash, then I’d wager you’ve been told to grab yourself some and get to it.

But hold on a minute. If you’re going to master the growing game, you have to realize that you’re going to need to know more. You need more than to blindly follow some doctrine that says feminized is the future and all who oppose this are doomed to scraggly bush weed crops.

No doubt you’ll do your research.

Hopefully, that’s led you here, where we’re going to break down everything you need to know about feminized seeds. Remember though, knowledge alone isn’t power – it’s how we use it that counts.

If you’re going to produce the best pot you possibly can, then read on.

Where they come from

When feminized seeds came on the scene in the ‘80s, they changed the playing field dramatically, but how did they come about in the first place? Surely they can’t be fully feminized, there must be some male chromosomes in their genetics, right? Wrong.

Cannabis is a remarkable plant. Like humans, it comes in both sexes and can, in rare cases, display the qualities of both. Unlike us, however, evolution has gifted ganja with the incredible ability to self-pollinate when necessary.

This trait made it super easy for talented breeders to train their female plants to produce the pollen they would need to fertilize other females.

So have feminized seeds been chemically induced, unnaturally tinkered with? No, not really. It’s more like breeders giving nature a nudge in the desired direction and cutting the gents out of the equation altogether. (Good thing we can’t self-pollinate! Am I right, lads?)

Don’t confuse using feminized seeds with being a non-organic approach to growing weed, these seeds are still very much natural in the ways that count. These plants are still doing what they’re designed to do, no-one is interrupting that, breeders of feminized seeds merely control the conditions.

Still, there are absolutely times where regular cannabis seeds might be a better option for your growth, and we’ll get into that in more detail in just a bit.

If you’re simply interested in growing your own buds with as little hassle as possible, however, then feminized varieties are an ideal fit for you.

Are they really guaranteed to be females?

Now you know how these seeds are created, it should be fairly clear that your average Joe isn’t necessarily up to the task of making quality feminized varieties.

It takes a high level of authentic skill to train female cannabis plants properly so they become surrogate fathers and pollinate the next generation.

So yes, provided you buy your feminized weed seeds from a reputable source, they’re going to be females, guaranteed. Find yourself someone who has mastered the art of this biological marijuana manipulation and you’re in safe hands. Skimp out on a rogue peddling knock-off seeds, on the other hand, and the chance of stray males or hermaphrodites rises massively. For more information, visit Seed Supreme.

How to spot a male

If anyone tells you it’s possible to identify the sex of a seed by sight, they’re having you on. Sadly, it’s just not true.

The only way you’re going to spot a male is after your plants have been growing for some time. The easiest early-days indicator to keep your eyes peeled for is found at the stems of the plant. Here, males develop ball-like pollen sacs just like their very own bag of stones, where females instead grow wispy white pistils.

Why breeders should think twice

Let’s be clear for a second, not every ganja grower is also a breeder (but every breeder is a grower).

If all you’re concerned with is basking in the bounty of a plentiful harvest, then choosing strictly feminized strains could be just the ticket for you – they’ll make your life easier and guarantee a usable harvest.

But if your sights are set on creating something new, if your cultivation aspirations extend beyond the harvest in front of you and towards loftier dreams of creating the next crowd-pleasing, crystal-coated Cannabis Cup-winning champion, then hold up a second before you race to those fems.

Male marijuana plants have a deserving place alongside feminized strains when it comes to creating something new to wow the masses. Heck, even if all you want is to be your small town’s local mad marijuana scientist, combining traits for personal joy and the sheer fun of it, male seeds have a purpose.

In fact, most big-time breeders prefer to use regular seeds to create the next batch of greatness – just keep in mind, these guys are professionals who know how to spot males the second those balls start showing, and how to control every kind of optimal environment and nutrient mix to deliver maximum results.

Are feminized seeds right for me?

Ask yourself what the goal you’ve set is. Be honest about your level of expertise.

Have you grown weed before? Can you identify male plants? Are you experimenting with new strains or looking for a batch of Girl Scout Cookies without the hassle?

And remember, anyone who steers you vehemently towards feminized seeds as not an ‘away’ but the ‘only way’ likely doesn’t know as much as they’re claiming to.