Home Cannabidiol (CBD) What is CBG?  A Minor Cannabinoid in CBD Oil with Major Benefits 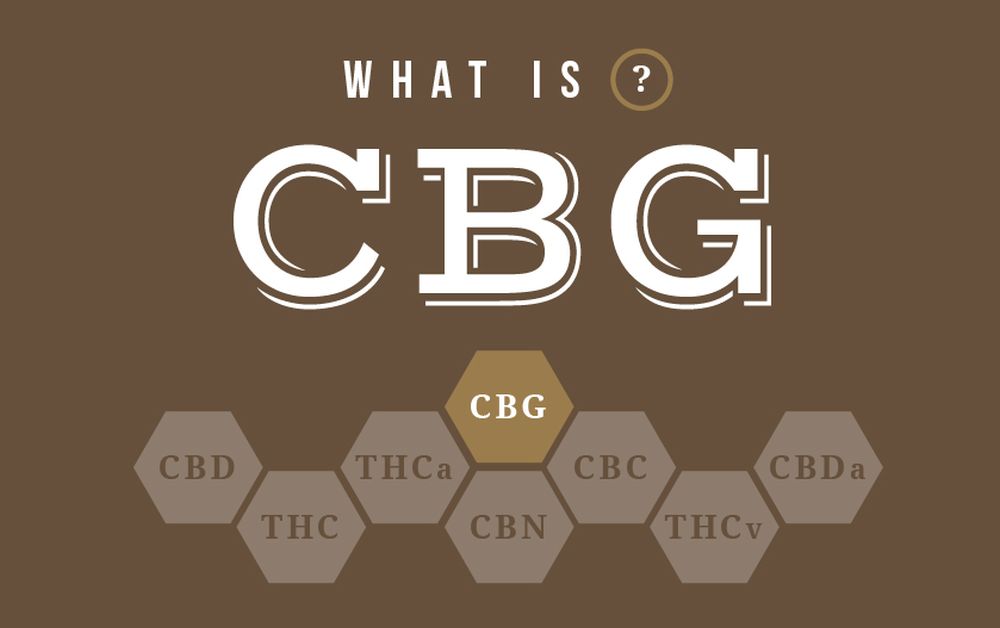 Just as trendy as CBD, there’s a new kid on the cannabinoid block – that’s CBG, or cannabigerol. Similar to CBD, CBG is non-psychoactive and has a plethora of natural plant benefits that are available on its own…and in many CBD oils popular on the market today. To keep up with the trends, and in-tune with where the cannabinoid market is headed, let’s learn a little more about the next up-and-coming way to naturally heal.

This is one reason you don’t see many CBG bottles ready for sale, just yet. Plants produce far lower levels of the cannabinoid, so unless the crop is harvested earlier than the conversion occurs it’s hard to extract ample amounts. To put it in perspective – in most cannabis strains CBG percentages are typically near 1% or less while, THC and CBD levels can reach up to 30%.

To increase CBG levels for extraction purposes, cultivators are working towards new methods of cultivation. Some are using cross-breeding and genetic modification for strains to produce higher levels of CBG naturally. While others are experimenting with early harvesting of plants, to capture CBG when it’s at its highest – before it transforms into other cannabinoids. So far, we know that CBG extraction levels are the highest when plants are pulled between 6 weeks and 8 weeks of growth.

As professional hemp growers work towards producing hemp plants that produce high levels of CBG…it’s important to know why CBG is being looked at as the ‘next best thing since CBD’. Like medical marijuana, and CBD, the cannabinoid has a plethora of natural benefits from interacting with the endocannabinoid system.

Just to refresh your memory, the endocannabinoid system is responsible for regulating a number of regular body processes – like moods, sleep, appetite, and achieving overall ‘homeostasis’. Or, the feeling of well-being. So like its counterpart cannabinoids, CBG can be just as effective with its internal interactions with this vital system.

From what we know so far, here’s some of CBG’s most influential effects –

Where Can You Find CBG?

Even though harvested hemp plants typically have lower levels of CBG, minor percentages still exist when the plants are manufactured for extraction. So, when the plant becomes a ‘whole-plant’ extract, like full-spectrum CBD oil or broad-spectrum CBD oil, the end-product still contains CBG. Full-spectrum CBD blends, and broad-spectrum CBD blends can be found in a variety of products beyond oil too. Meaning you can receive the benefits of CBG from any topical, oil, capsule or edible, that’s made with whole-plant extraction methods.

While research is still catching up on CBD…CBG is even more behind on what we know of its full capabilities. From what we’ve learned so far, even though the cannabinoid is found in lower levels in hemp plants and CBD oil – it’s small but mighty in effects. As the hemp growing community learns new ways to nurture higher percentages of CBG from growth, you can still reap the benefits of CBG by consuming broad-spectrum or full-spectrum CBD goods.

What helps is high quality processes that have the ability to capture minor cannabinoids in larger than normal quantities. Currently, the most high-tech extraction method is Co2. Make sure when you’re choosing CBD oils to receive CBG effects, you ensure that the brand you purchase from uses this technique. Like, Nature’s Pure and the full collection of premium broad-spectrum and full-spectrum CBD products.