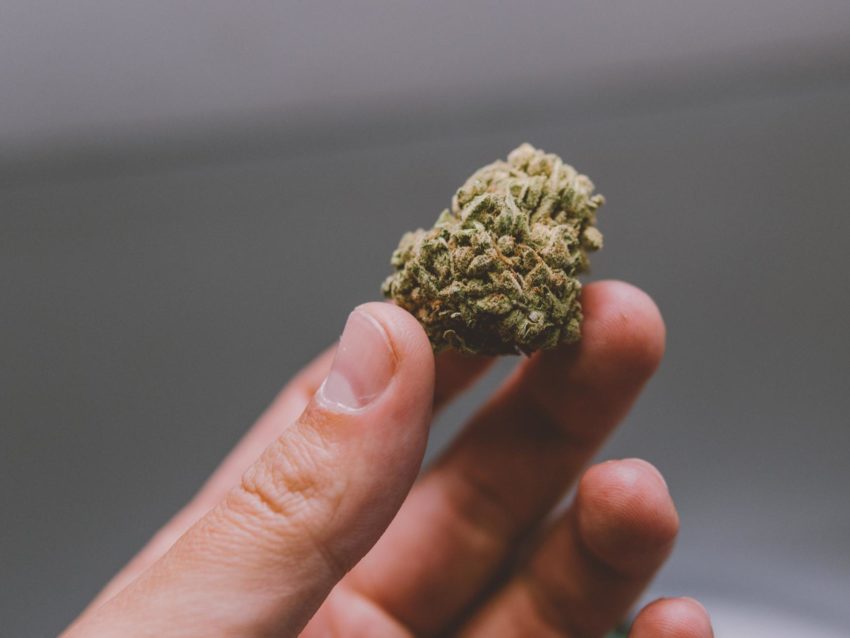 When it comes to comparing great weed from average weed, the untrained eye won’t see that big of a difference. However, once you’ve read this article, you’ll understand how to compare top-shelf cannabis to average-grade weed. Let’s look at the many differences that you’ll encounter between the two.

It’s common that your local budtender will place a sample of weed in front of you to look at. Take this moment to look it over and don’t feel rushed. If you’re about to spend big bucks on a gram of weed – you want to make it count.

While many dispensaries throughout North America carry great weed, the best dispensaries even guarantee the quality of their weed, like Online Dispensary Canada or other top options. It goes to show how important quality marijuana is to those who know the difference.

Great weed is hand manicured and looks like the trimmer put a lot of effort into making the bud look like a work of art. Average weed will look like it was carelessly trimmed, as though it had a bad hair day. Again, avoid any strains that have too many stems or seeds, and look for big buds rather than the “bottoms”.

Trichomes are the sticky glands that cover weed flowers. You should pay special attention to the number of trichomes on the bud because they contain all of the potent properties that you seek, such as THC.

Look for the white crystals that cover the buds, with the more the better. Strains that are high in hairs (the brown/orange hairs that come from buds) are often covered in these crystals as they stick together.

Average weed doesn’t have nearly the same trichome coverage as does great weed. When you touch average weed, it won’t feel that sticky on your fingers. Therefore, you’ll need to use your eyes and fingers to guide you when comparing great weed from average weed.

As you continue to use your senses, the aroma of a cannabis bud is a helpful way to determine the quality. Look for the stickier buds that pack a burst of earthy smells when holding them to your nose. This is one of the most important things to look for when buying fresh cannabis strains.

When it comes to great weed, the aroma will quickly fill the room, and it’ll be very noticeable When cannabis flowers have a pungent aroma it means that the grower did an excellent job in “curing” it. As many of us know, the smell is almost “skunky” but less harsh, of course.

Curing cannabis flowers after harvest is a necessary step to retain all of the unique smells that are part of a specific cannabis strain. It’s a process that is similar to aging wine – and the longer it’s aged – the better. Ask your budtender or customer service specialists for more information on this.

Average weed has an average smell. This means that the aroma won’t blow you back or make you want to stick your nose in the jar. Instead, it may have a scent that’s reminiscent of hay or freshly cut grass.

In the case of average weed, it’s likely that it hasn’t been stored properly or wasn’t cured at all by the cultivator. This means that all the terpenes that are responsible for the aroma have degraded.

Of course, you can’t try weed before you buy it. However, the ultimate indicator that separates great weed from average weed is the effect. Does it take one hit or ten hits to feel high? Some say that the best effects from quality weed take place slowly, until about 10 minutes into your high where the effects plateau.

When it comes to top-shelf weed, it’s likely that one hit is all that you’ll need. Furthermore, the taste is flavorful, and the smoke is smooth on your lungs. Great weed will likely last for hours on end, and the effects will be noticeably potent.

Compare that to average weed, where the smoke may be harsh on your lungs, and the flavor is bland. Furthermore, the effects are lackluster, and it may take between 3-5 hits until you feel a head change. If you do run into the problem of the lower quality weed (dry, low THC, or whatever else hinders its quality) try to smoke it through a bong or mix it with hash. This can hide the noticeable quality difference while still giving you the stoned effects.

For a strong head high, look for a sativa or sativa dominant hybrid strain that’s at least 18-20% THC. Super Lemon Haze is often a great choice here. For a more energetic & focused high, lean towards a dank Sativa but on the lower end of the THC spectrum.

For a strong body high – great for those in pain or simply wanted to relax – AAAA grade indica’s are often over 20% THC and will do the job. Purple Kush is a popular strain, but there are many great options.

The Choice is Yours

Now that you understand the differences between great weed and average weed, the choice is yours when you’re going to make a purchase. Use this knowledge to your advantage when you’re comparing great weed to average weed in a dispensary near you.