Home Cannabidiol (CBD) Fact or a Fiction – Do CBD’s Benefits Match The Hype –... 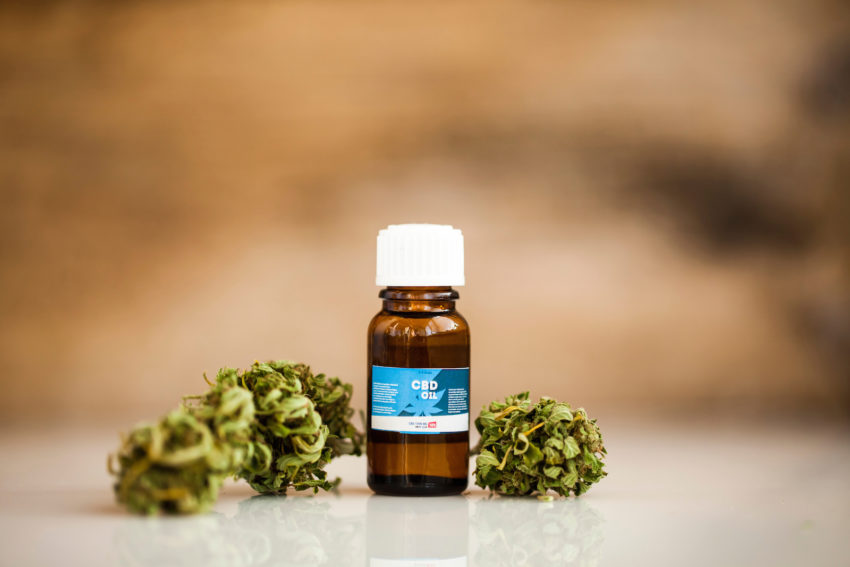 Cannabidiol (CBD) products, made from hemp, have certainly been courting some strong opinions. For some, CBD is the best thing since sliced bread – a natural, non-intoxicating supplement that appears to be beneficial for mental and physical well-being. For others, the hype around CBD is just that – hype. Critics argue that the properties of CBD are overstated, pointing out that there is a lack of scientific evidence to support the bold claims being made. Some have even gone so far as to accuse CBD products of being modern-day ‘snake oil’.

This article will delve into why CBD is only now making an impact in the fields of health and medicine, and touch on a few of the qualities that the compound has, drawing on the available scientific evidence.

CBD was a total unknown until midway through the 20th century and remained a substance that completely baffled scientists until the 1990s. Even now, we only have a surface layer idea of its effects on the body – although this has been enough to confirm its safety and likely uses.

The reason for this is because cannabis research has consistently lagged behind other areas of medical research. Studying the plant has been really difficult for scientists due to prohibition, particularly in the United States. America’s long-time opposition to marijuana is somewhat hypocritical though, given that the federal government has funneled $100,000 year to Israel for decades. No coincidence, then, that some of the biggest breakthroughs in cannabis research have come from the country.

Perhaps the most important of these findings – and especially in regard to CBD – was that of the endocannabinoid system (ECS) in the early 1990s. This discovery gave researchers, for the first time, a firm idea of how CBD impacts the body. Earlier research on the compound had highlighted potential therapeutic benefits, but without revealing the mechanisms in which CBD functions.

But now we roughly understand that CBD regulates the ECS, by maintaining a good balance of endocannabinoids – natural compounds that bind to cannabinoid receptors, serving a number of purposes. The CB1 receptor appears to be implicated in motor control, cognitive function, pain perception, mood and other psychological variables. The CB2 receptor is entwined with the immune system – and regulation at this receptor is important for healthy immune system response. Hence why CBD – and other cannabinoids – are effective and novel anti-inflammatories.

Recent ECS research firmly rebukes the concept that CBD is ‘snake oil’. However, we must also appreciate that this is an emerging area of science and that much more is still to be learned. For example, there may be a third cannabinoid receptor affecting the ECS that is yet to be identified. Because so many studies still need to be conducted, it’s a real possibility that huge stories about the benefits of CBD and medicinal cannabis could keep coming over the next two or three decades. Indeed, we have already seen that marijuana works well as a treatment for intractable epilepsy.

Multiple CBD products have been embraced by an American population looking for natural healthcare alternatives. Number-crunching from a questionnaire of more than 2,400 showed that CBD was being used to relieve pain, arthritis, anxiety and depression more than any other conditions. So, does CBD have medicinal potential, or are users simply enjoying a strong placebo effect?

For pain, strong evidence on CBD’s benefits is still scant, but a 2019 study in the peer-reviewed PAIN journal detailed how the compound may manage symptoms by working with serotonin 1A and vanilloid receptors. CBD holds promise for osteoarthritis as an anti-inflammatory that has a soothing effect on pain, while limiting and reversing joint cartilage damage. The immunomodulatory effects of the cannabinoid are really intriguing as a treatment for rheumatoid arthritis, which is classed as an autoimmune disease.

Anxiety has received lots of attention from CBD researchers, who have demonstrated practical applications for products and shown how the compound may help by regulating GABA levels, and as a serotonin 1A receptor agonist. CBD oil and vape juices are popular for anxiety because users get much quicker results than with regular anti-anxiety drugs.

CBD is also creating excitement as an antidepressant, not least because it seems to work much differently than SSRIS, the main antidepressant drug class for decades. Depression research has increasingly pinpointed neuroinflammation as a potential cause of the mental disorder, and CBD’s anti-inflammatory benefits have produced rapid and sustained antidepressant effects in animal models, even from just one dose.

Head over to CBDVapeJuice.net to find out more!